Actually I kind of like that, but I usually get different answers on those INJF personality quizes.

Other news:
Tonight's photo gig went very well, and there are many many many more to do. I've got another one tomorrow!

I was supposed to start moving today. It didn't happen at all. I need to be out by the end of the month. Sometimes not having a car is a really bad thing. :(
Posted by Overread at 10:41 PM 1 comment:

Another note from the trip:  If you put 60 people under the age of 35 on a two week trip, you will get a soap opera.

The first people who become noticeable are the people everyone hates.

Enter the Ugly Americans.  Number one is an insecure 19 year old who thinks that proving every stereotype heaped on Americas will make people like him.  It doesn’t.  His most shining moment otherwise was acting as a translator between the Spanish folks and some English speakers.  He translated everything they said as either an insult or a sexual proposition.  Unfortunately, there weren’t any other Spanish speakers around at the time.

Number two is a missionary who has a nasty habit of getting drunk and attempting to sexually assault anything with breasts.  He also, unfortunately had been to Miniland before and regaled anyone within earshot, including locals, about how he knew better places that we should be going, and if we would only follow him instead of the tour guides, how much better life would be.  He also spoke a bit of the local lingo, but the less said about that, the better.

Next to become vivid are the first batch of lovers.  Boom.  Out of nowhere they’re crawling all over each other.  In the hotel, in the bus, in the restaurant, in the street.  Hey, listen, we’re happy that you’ve found each other, but come on now…

Then there’s the French guy I mentioned before.  There were several people from France, but only one French Guy.  Imagine Pepe LePew, Marky Mark and maybe a dash of Je ne sais quois, and you’ve got him.  He’s a good guy but sexual to the point of startling people.  He’s not picky – man, woman, good-looking, ugly, married, single, anyone is beautiful and available to him.

Slowly the less extravagant people become visible.  Camera folks for me to chat with.  The running group and the vegetarian group, both of which I enjoy spending time with.  The guides themselves were wonderful people by and large, and were happy to talk about anything and everything.  Their leader was a fiercely nationalistic fireplug.  She came up to my chin (and I’m not tall by any stretch of the imagination), and she couldn’t stop talking or moving the entire trip.  At one point, when I was sure that no one had gotten a full night’s sleep, she was so hopped up that I figured she must have been on something.

As the trip moved on, the more subtle pairings began.  That girl is madly in lust with that guy.  All the girls love him, but he’s not paying them any attention.  He’s hanging around those two quite a bit more than is seemly, but who knows?  Then it becomes a bit more obvious.  He isn’t interested in her, but once his other options dry up, he’s happy to be with her.  The other he disappeared with one of the guides. Etc…  I really wish I had the anthropological training to see what was really going on.

I haven't gone through all the pictures yet, so I'm just putting up a few. I'll get you some more later. These are all from the first day. It was so windy I thought I would be blown into the water a few times. Fun fun! 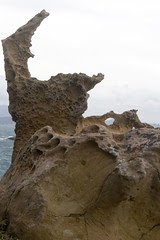 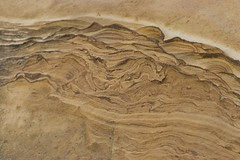 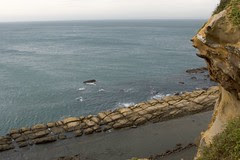 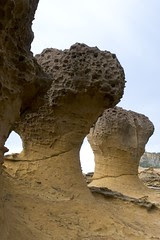 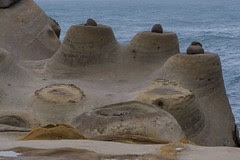 Posted by Overread at 9:59 PM No comments:

I Found The Trip's Special Purpose!

As near as I can tell, I’m conscious again, or as close to it as I ever am. I killed the deadly jet-lag demon with a nice 9 hour sleep. I say killed, but it’s usually easier going this way around the world than the other way. I think. Maybe it just slunk away on its own.

So, I finally figured out what the whole trip was about! It was a blatant plea from the Ministry of Education and the Ministry of Transportation (they’ve got the tourist bureau) that went out to the 60 members of the group, “Please! Please! Tell the whole world to visit Miniland!” Well, sad thing is that I can’t tell you where Miniland is, because it’s one of the places that would give you a decent hint in figuring out what I do here in the land of academe. In any case, they figured to invite us out for a bit of a tour and show up what’s up in Miniland. That way, when we all got home then we could spread the gospel of how wonderful the place is.

If it weren’t for the whole mild mannered secret identity thing, I probably would give you exactly the advice they would have me give you. Miniland is really more of a regional destination rather than a global one, but it’s got quite a bit to recommend it. Even though it’s marginally related to what I study, I’ve usually gone nearby, but I’ve never been there before. I know now that if I get the chance to go back, I surely will. The people I met there are truly some of the most kind and hospitable that I’ve ever met. I usually hate making generalities like that, but the only slightly negative experience I ever heard about was a street vendor that tried to get one of the group to pay a higher price for a little bracelet. For crying out loud, if that was the only problem I ever ran into when traveling, I’d be giddy. I’d also probably have a lot of expensive cheap bracelets, but that’s neither here nor there.

The scenery was gorgeous, as I hope you can tell from the one picture I put up there. Don’t worry, there will be many many more pictures. The cities were mainly sad and a bit run down, with pockets of bewildering high-tech wonders.

There’s a lot to say about this trip, so I’ll break it up a bit. I’ve got to run and get ready to go to a photo job tonight. It’s been awhile since I’ve done this kind of photo gig. I hope I remember which direction to point the camera.
Posted by Overread at 5:44 PM 1 comment:

And exausted! The trip was very very odd, but in a wonderful way. There were Ugly Americans and Stereotypical folks from many nations. There were hot springs and irrelevent coorporate kickback visits. All this and much more when I regain consciousness!
Posted by Overread at 10:52 PM No comments: