The Bird Is NOT The Word.

Ok. See, one of the problems I have when trying to convince people I'm not gay (happens more often than you'd think or I'd hope) is that I enjoy musicals more than most folks. I've mentioned before that I can sing almost all of the Rocky Horror Picture Show, but I'm also fairly fluent in some others, and well... one of those 'others' is Grease.

Although I cannot be convinced that Sandra Dee wasn't much more attractive before she went all slut-o-rific in the final scene, I really like the film more than perhaps than I should. I say film, because I've only seen it live once, and if I remember correctly, it was a high school production. I think. It better have been, because it was god-awful.

So, imagine my surprise when I see this. Go ahead. Go check it out. There's a video there on the main page so it might not be work friendly, but you better not still be at work anyway, right?

Maybe I'm too stuck on the movie being the only 'right' version. I do that. Woe betide anyone who covers a favorite song of mine.

Labels: Grease, musicals, You're The One That I Want 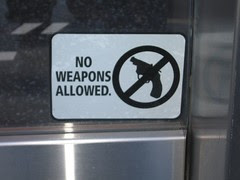 Just dropping by to leave a quick note to wish everyone a very pleasant Global Orgasm Day.
Posted by Overread at 11:43 AM 1 comment:

In honor of the discovery of the title of the upcoming Harry Potter book (Harry Potter and the Deathly Hallows), I, having myself nothing worthwhile to present, pass on a link to some fun drawings.

Enjoy.
Posted by Overread at 6:34 PM No comments:


You paid attention during 97% of high school!

85-100% You must be an autodidact, because American high schools don't get scores that high! Good show, old chap!

Do you deserve your high school diploma?
Create a Quiz

Also of note. I actually was social and went out for dinner last night! Woot! Yea me!
Posted by Overread at 12:52 PM No comments:

Time Cop-Out of the Year

Ok, Ok, I know I'm behind the news-cycle with this one, but as I'm sure everyone has seen by now, the Time Person of the Year is out, and it's 'You.'

I see what they mean - as a bulwark of the "old" media, a magazine is going to see the disturbance of the YouTubes and blogs and their aggressive watchdogging and raking of muck that is aimed not only at the standard targets of such things like politicians and movie folk and such, but at all media outlets as well. So, yeah, it would be silly to deny that there isn't a big shakeup going on. Bush's forged military records, Howard Dean's scream, panty-less coke-crazed attention whores - none of these would be what they are without the "new" media.

But I'm still not sold that impact is more important than, say Rumsfeld, Ahmadinejad, Kim Jong-il, or Hugo Chavez.

I'm not saying that their choice was unfounded. Hell, it's their magazine, they set the standards.

Feh, I guess it's a good thing I don't buy papers or magazines anymore. They're all online, don'tcha know?
Posted by Overread at 12:32 PM No comments:

1. Egg nog or hot chocolate? Nog is nice, but Chocolate is the best. My only trouble is that I can't drink hot drinks unless the weather is actually cold. I'm a human furnace.

2. Does Santa wrap presents or just sit them under the tree? Are you kidding? Santa? Feh! I'm sure it's the elves that do all the real work.

3. Colored lights on tree/house or white? Many colors, I think. Different kinds of lights too. I like the little bubbling ones.

4. Do you hang mistletoe? Nah, I'm not too big on parasitic harassment inducers :)

5. When do you put your decorations up? I put up my decorations, oh... never. Maybe when I have a real place of my own?

6. What is your favorite holiday dish (excluding dessert)? White trash moment here. I love the canned cranberry sauce. Ya know, the kind that keeps the shape of the can - hehe.

7. Favorite holiday memory as a child? The anitipation. Always the anticipation.

8. When and how did you learn the truth about Santa? I'm with Zerodoll - I honestly don't know. I've always been a cynical guy, but I also am easily deluded. I can't remember. Maybe I blocked the memory?

9. Do you open a gift on Christmas Eve? We used to do a little of both.

10. How do you decorate your Christmas tree? Don't have one :(

11. Snow! Love it or dread it? LOVE IT. It may be a function of living in snowless places for awhile, but snow is the best! Building forts, snowmen, caterpillars (for those to lazy to pick up the snowman pieces), it's just the bestest.

13. Do you remember your favorite gift? Geek moment. Mom got my brother and me the Vic20 with a drawing pad. Soooo cool. We loved it so much we promised we would only use it for school - hehehe liars!

14. What's the most important thing about the holidays for you? Getting together with family.

15. What is your favorite holiday dessert? All of it?

16. What is your favorite holiday tradition? hmm... we don't really have any set traditions... maybe we need to start some...

18. Which do you prefer, giving or receiving? You need 'em both, now dontcha?

19. What is your favorite Christmas song? I like some of the old crooners doing the classics

20. Candy canes? Striped. What? Was this the free-association question?

21. Favorite Christmas movie? Honestly, all the old ones are ok - Rudolph, Wonderful Life, etc... I'm not sure I really would go out of my way to watch any of them. They're just all on, you know? so I watch some... Oh, I'd be remiss not to mention A Christmas Story. Because, you, know, he's going to shoot his eye out.

Another Brick in the Mall

Yeesh. It's been a long time since I've been at the mall. random comments: