A Change on Main Street

There's a movie rental chain store that's going out of business near me. It opened last November, maybe. I don't really have any sympathy, 'cause hey, first off, it's a huge chain monstrosity, and second, who in their right mind thinks that expanding a movie rental business now? Well, that and I'm heartless. Surely there's a huge contraction going on right now and without a fundamental change in the business, it's got no shot, right?

That's not what this post was supposed to be about though. The store is running a sale on all their stock. Right now it's 25% off their used price - anyway it ends up being about 7 bucks per DVD. Now, to be honest, I really don't care that much for owning disks - music or movies, but hey, I'd take a look. I ended up picking up four funky foreign flicks (not entirely because of the alliterative possibilities). One of which was Lagaan - a very fun Bollywood song and dance movie about cricket. I mean, seriously, how could I not, right?

The odd thing was you could see the horror that is the film industry on display. There were uncountable numbers of movies I'd never even heard of. The main studio films were about as bad. There were stacks and stacks of Showgirls and Taledada Nights. I guess it makes sense for the rental biz, but I was wondering if they could find a home for all of those. The "Special Interest" section was scarier. There were a whole lot of copies of "Chickfight."

Am I too pessimistic to think that Chickfight will sell out before Showgirls?
Posted by Overread at 7:03 PM 1 comment:

Tonight We Watch Movies in HELL!

I do enjoy a good popcorn boom boom movie. I like explosions and cheesecake and all that jazz. I understand that people enjoyed the visuals. It was striking, and movies that actually have a unique visual vision are rare, so I guess that's something. I can't really form a coherent paragraph, so bullet points will serve.

I understand that it was supposed to be a melodrama, but still...

I'm over-thinking this, aren't I?
Posted by Overread at 9:56 PM No comments:

Mrs. Robinson, You AreTrying To Quiz Me.

Ah! Now you folks are back in the swing of things! Including a late catch by the Quarterflashing Corndog. Now there's an image. Which quarter, I wonder?

Anywhoo - numbers 2 and 8 were through the holes in the net last time- #2 was Rod Stewart's "Infatuation" and well, hey, I never thought I'd catch you guys with a Madonna, but there ya go - "Who's That Girl?" for #8.

Let's do this again, shall we? I'm still stuck on the 80s channel, so bear with me:

Gave you my heart, gave you my soul
You left me alone here
With nothing to hold
Yesterday's gone
Now all I want is a smile

It's gotta be night and say
Just a matter of time
And we got nothing to be guilty of
Our love will climb any mountain near or far , we are
And we never let it end
We are devotion

The problem's plain to see:
too much technology
Machines to save our lives.
Machines dehumanize

you know,ain't no plans with a man,
this is the 80s and
I'm down the ladies

You ask if I love you, well what can I say?
You know that I do and if this is just one of those games that we play
So I'll sing you a new song, please don't cry anymore
and then I'll ask your forgiveness, though I don't know just what I'm
asking it for

I want to love you, feel you, wrap myself around you
I want to squeeze you, please you, I just can't get enough
And if you move real slow I let it go

I call, you're not at home
You're home, but you're not alone
If you wanna leave
Then why don't you say
Your love has gone anyway

Could you like just picture me in like a leather teddy
Yeah right, hurt me, hurt me...
I'm sure! no way!

I'm Very Excited To Have The Opportunity

Any guesses how very much sick of writing letters trying to convince people to give me money so I can keep doing my research I am?

The answer is very.

Feh.
Posted by Overread at 8:22 PM No comments:

A couple of movies and a game from teh intertubes:


Um, I'm really not sure what to do with this one, especially the last part, but I thought you might need to see it.


And finally, a tower defense-style game. It's got wizards and zombies. That's got to be good, right?
Posted by Overread at 4:51 PM No comments:

So, now, in honor of this Day of Presidents, I present to you, a quiz. Of lyrics!

Spirits soar when I'm by her side
She put a little love in this heart of mine
Maybe I'm lucky, maybe I'm freed
Maybe this woman's just all I need

She's right here behind the glass
and you're gonna like her,
'cause she's got class.

Although I want you bad I could let you go
'Cause there's a lot of girls out there that won't say no
But due to fact that I want you, Jackie
I want you more than human eyes can see

Now who's this Don Juan I've been hearing of
Love hurts when only one's in love
Did ya fall first sight
Or did you need a shove?

When you see her, say a prayer and kiss your heart goodbye
She's trouble, in a word get closer to the fire
Run faster, her laughter burns you up inside
You're spinning round and round
You can't get up, you try but you can't

Crying on the corner, waiting in the rain
I swear I'll never, ever wait again
You gave me your word, but words for you are lies

Close your eyes, give me your hand, darling
Do you feel my heart beating, do you understand?
Do you feel the same, am I only dreaming? 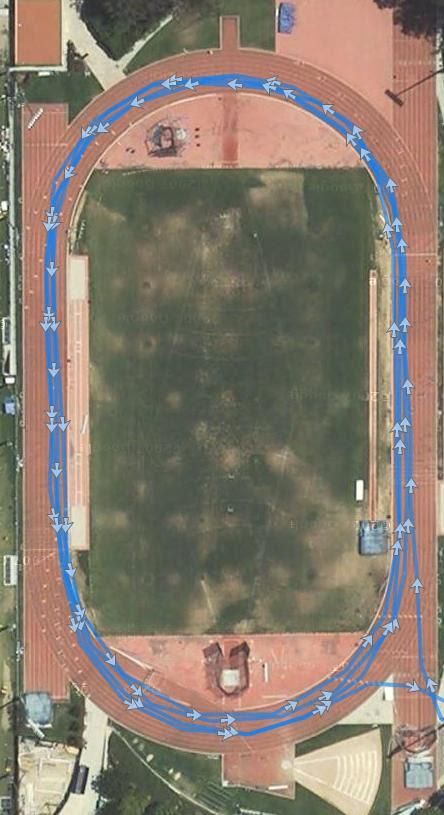 Sprinting the straights and jogging the curves.

I haven't really talked gear before.
I'm using Sporttracks, an incredible piece of freeware that pulls the data from my Garmin Forrunner 305 and overlays the plot points on Google maps. I've used Nike+ and the previous Nike pedometer system, but I'm happiest with this combination. You get good tracking of your gear (reminding you to switch out shoes), automatic weather tracking, weight maintenance options and all sorts of fun charts.

Criticisms
- Sporttracks doesn't handle the heartrate info that the Forerunner 305 has, so I still have to use the abysmal Garmin Training software for that.
- The one thing that Nike+ does that I really miss is pretty par for the course for Apple-related stuff. It's the pretty. Nike+'s website is really wonderful, and I loved using it, I just wish they didn't demand that you are only able to use their own proprietary crap. I should rephrase. The iPod is most certainly not crap, it's just not the crap that I want. Why not allow me to buy into the Nike+ system with a different piece of crap?
Posted by Overread at 10:21 AM 2 comments: 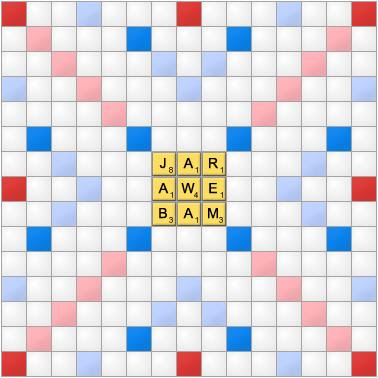 From a game I'm playing with Jayfish and Zerodoll. I didn't think this could be done.
Posted by Overread at 9:01 PM No comments: